This project is based on a 3D model of the new Donetsk airport built in 2012. Back then the artist was among the team that did the architectural project of the airport.

The promo video, made for the opening of the new terminal, depicts the ideal image of the future that never came, and the virtual reality based on this video creates the effect of presence making the loss even more real.

“Donetsk Sergey Prokofiev International Airport is an unoperational airport located 10 km northwest of Donetsk, Ukraine, that was destroyed in 2014 during the War in Donbass.” (Wikipedia) 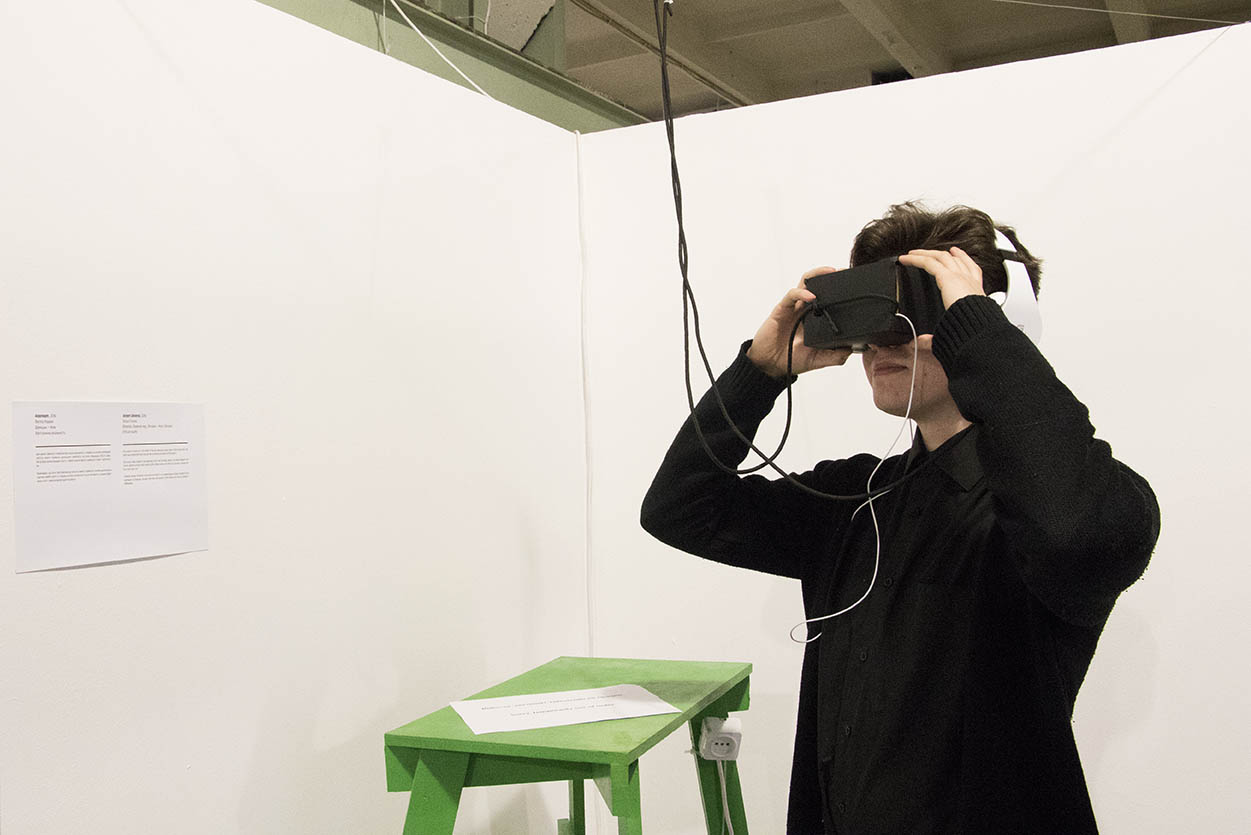