The 1st part of “___just____went___away” was a video of the way 40 kilometers long that Olia Mykhailiuk walked in November 2014. Women running away from the shelling in Luhansk covered approximately such distance. Olia met them in August 2014 at the railway station Komunarsk in the evening when the railways in Debaltsevo were blown up and the connection was interrupted. During several next months, she was looking for answers to questions about the compassion and the ability of people having different experiences because of the war to speak to each other.

The 2nd part – performance in the Gedok Gallery (Munich, 2014)
There was no connection for the whole week. Finally, I’ve managed to call to my friend.
— Today shelling started, — he said, — right on the next street, people packed and left.
— Where did they go? —I asked.
— I don’t know, just went away, — he answered.
The image of a person going in an indefinite direction, with a purpose just to go, to survive. The movement for sake of movement. Trying to tell about the events in Ukraine Olia used video documentation of the previous part in combination with a new performance — writing the names of our cities and short explanations of her feelings at different stages on walls. On white walls and black windowsill of a gallery in Munich — by coal and chalk from Donbas.

The 3rd part –The Brodskiy Art Museum (Berdiansk,2015)
Olia recorded real stories of internally displaced women with a special focus on the moment when a person decides to go. All her characters are single mothers who moved away from shelling that summer of 2014. The voices of internally displaced women were added to the 40-km-long way. Olia invited her characters to participate — now it was not only her who had coal and could write things she did not want (or could not) pronounce aloud. “I met the girls “who I walked about” — whose stories sounded inside of me, — says the author. — After they saw the documentation of the previous performance, they believed me and agreed to join”.
“___just____went___away” in the Berdiansk Art Museum is already five performers, four of them were truly internally displaced, who have not adapted to the new social life yet. 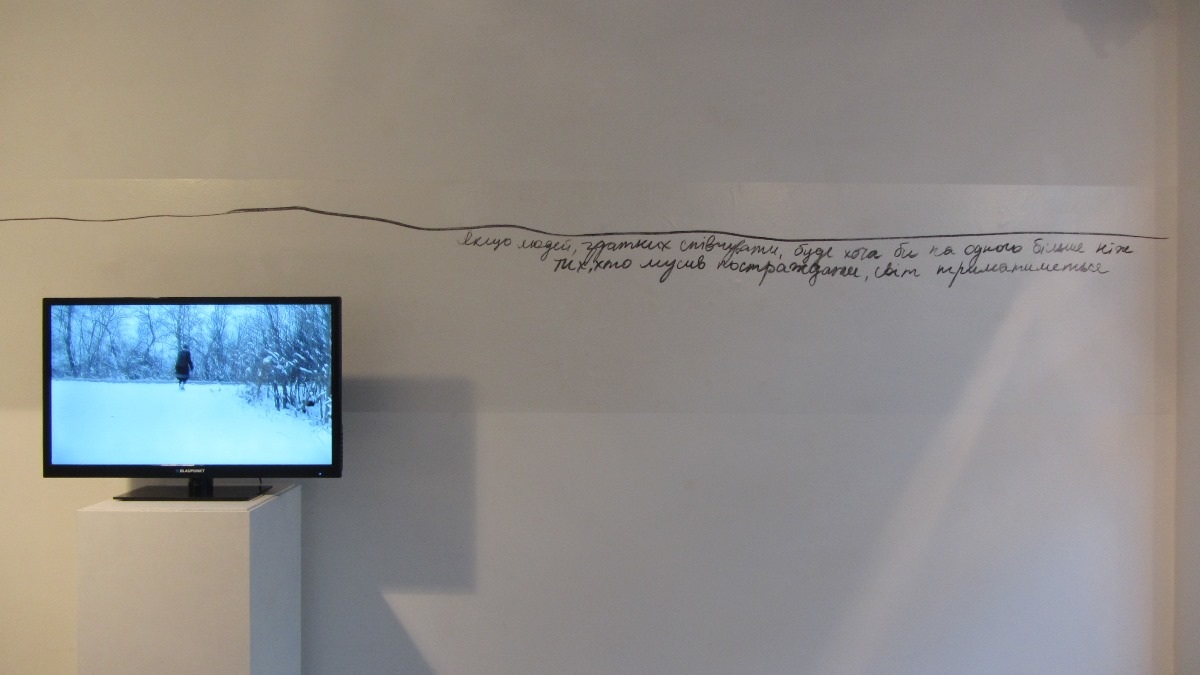